Below is the abridged Altar Comparison EMPHASIZING THE PICTORIAL, with a minimum of words, for visual impact.

This page is the abridged version of:
Who's Been Changing The Inside of Roman Catholic Churches? And Why?

After looking at the Pictorial Comparison below,
click on this link to see the full text and explanation
(which includes all the below pictures and more) 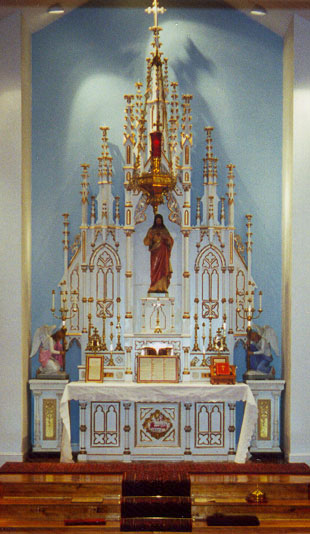 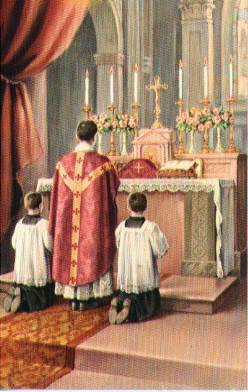 The Look Inside of Masonic Temples As They have been for Centuries, and still are Today

The two bottom pictures are from the Masonic Mountain View Lodge 194 in California. 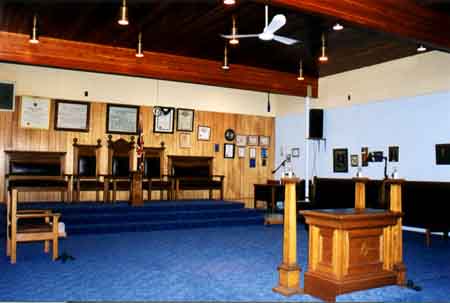 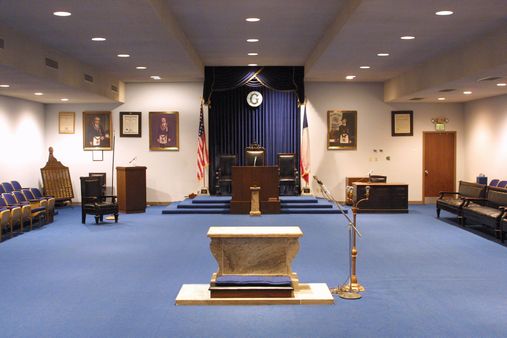 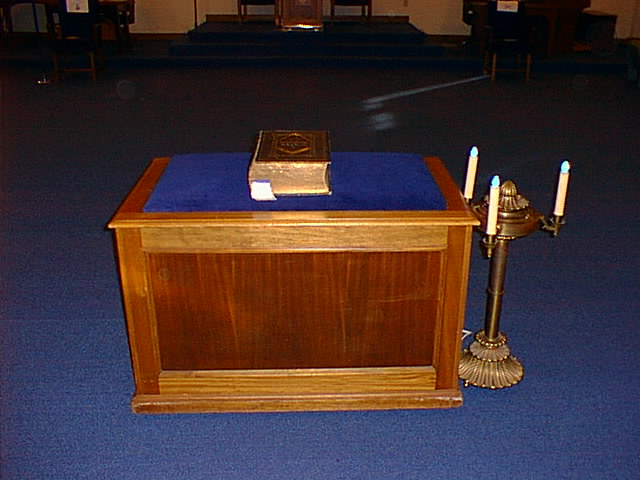 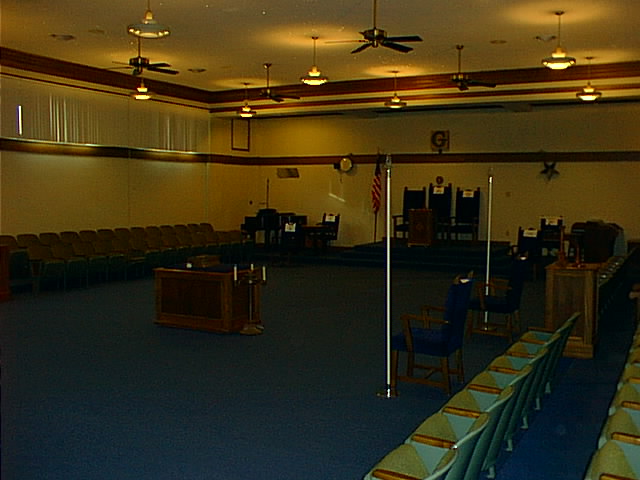 The First Step of "Reform" inflicted on Catholic Churches in 1969 and the Early 1970s,
and
the Look of thoroughly updated
"Novus Ordo" or "New Order" "Catholic" churches circa year 2000

The picture on the left immediately below is a Catholic parish in transition from the "traditional Roman Catholic" look to the Masonic oriented look. Notice the Masonic-style table that was inelegantly plopped in the middle of Catholic church sanctuaries in 1969 when Paul VI announced the "New Mass.". This was the first step -- the first step of gradualism: to insert the masonic table in front of the Catholic altar.

The picture immediately below at the upper right position is from St. Hugo's Parish in Michigan. The picture at bottom right was taken at St. Jude's Parish in Radford, Virginia. Both pictures on the right immediately below represent the final goal of the subversive Vatican II "New Church", or, more accurately, "counterfeit church," i.e., to inflict the Masonic look on Catholic churches. (This architectural change is indicative of changes being inflicted on the Catholic world in all areas, such as in the litugy. Notice that the tabernacle is gone in the updated versions, and chairs where man sits has replaced it.) 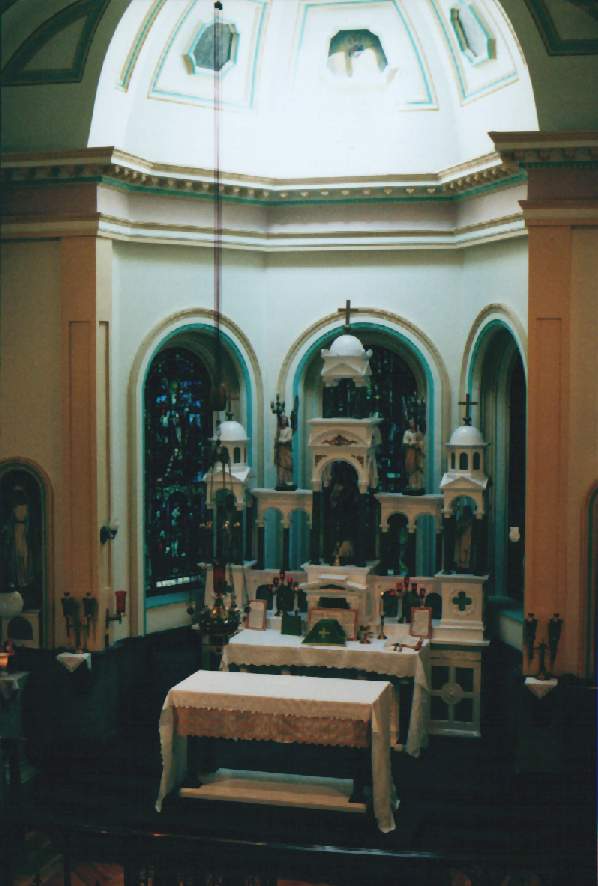 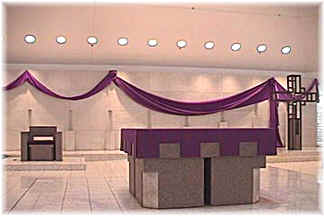 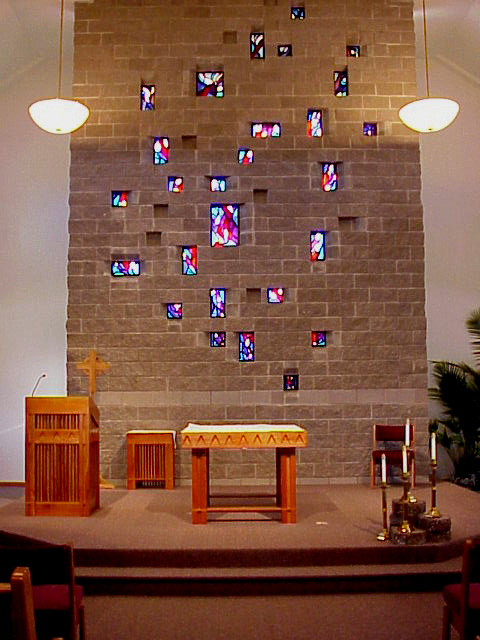 The Look of Anglican churches 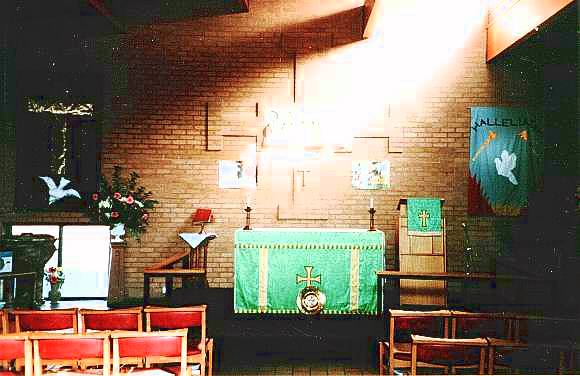 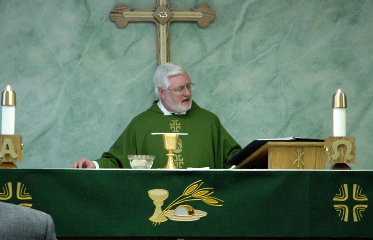 And finally, we come to the pictures of the UN Assembly hall and the UN meditation room. Notice the similarity of the barren look and sterile feel in the UN meditation room, the masonic temples, the Anglican Churches, and the Vatican II "New Order" "Catholic" Churches. On the left immediately below is the UN Meditation Room. On the right is a picture of Paul VI sitting beneath three UN officials right before he spoke at the UN assembly in 1964. (The entire view of that picture reveals Paul VI is sitting beneath three men who are sitting in chairs much like those which have replaced the tabernacle in "New Order" "Catholic" churches.

After looking at the Pictorial Comparison below,
click on this link to see the full text and explanation
(which includes all the below pictures and more)