"In an age of universal deceit, telling the truth is a revolutionary act." —George Orwell

The 'Holocaust' and the Vatican Archives

CIA corrects itself on WMD
(But they were still justified in sending our sons and daughters to die in Iraq for no apparent reason? So say G. W. Bush and Condi Rice.)

Gorbachev calls Iraqi elections 'fake'
(Well, if anyone knows about faked elections, it's Gorby, who in 1985 was the 'peoples' choice to rule the Soviet Union. Of course there was no opposition party candidates, a minor point to be sure.)

Limbaugh to oppose Bush over illegal immigration?
(Will el Rushbo really follow through on this issue and mobilize his legions of Dittoheads to tackle the President's ill-disguised amnesty plan? That remains to be seen, but given Limbaugh's reputation as a vigorous across-the-board defender of the Administration, we don't see this going very far. Rather, something he'll huff and puff over for a few weeks, but then be passed over  for the next hot button issue he can ride for a while.)

WORTH REMEMBERING
Vatican accused over wartime archives
(The latest flap is just part of an ongoing vilification campaign by some Jews to denigrate--- and, ultimately, despoil --- Rome.)

Inside the Vatican: the secret archives

SUPPRESSED NEWS
Israel arrests US peace activist
(An American is arrested by a foreign nation's secret police and there's no U.S. government intervention or  media scrutiny. How can this be? It's Israel's  Shin Bet that makes the arrest, so exceptions are made. Here's an article by the detained man, Patrick O'Connor, about  his interview with the Shin Bet  --courtesy of an Israeli peace site.)

Bush wants more money for IRS
(Rather than being given a raise, the IRS's corrupt and abusive 'Plunder Patrol' should be put out of business.)

Stolen churches, stolen Jews
("ADL Director Abraham Foxman, who was hidden and illicitly baptized by a Polish nanny, has noted that as a result of the Church's policy 'There may have been tens of thousands of rescued and baptized Jewish children who to this day are not aware of their true origins.'" Nor should they ever learn them, if that means the opportunity of them denying their Savior. And the teaching of the Catholic Church is quite clear concerning the baptism of Jewish children in such circumstances: "it is licit  to impart such baptism if the children were in proximate danger of death; or if they had been removed from the parental care and there was no likelihood of their returning to it." From the Catholic Encyclopedia  article on Baptism See Section XIV. Recipient of Baptism, Paragraph 6. Baptism of the Children of Jewish and Infidel Parents.)

John Paul II faces another week in hospital
(Doctors warn that his Parkinson's presents added risk and that the hospital stay could be dangerous.) 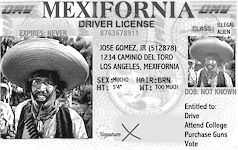 Excerpt from the State of the Union Address: 'America's immigration system is also outdated.... It is time for an immigration policy that permits temporary guest workers to fill jobs Americans will not take....' Since when has the word 'guest' been defined as someone who enters the home of another without that person's permission?  Don't we say, rather, that such a person is guilty of criminal trespass?

Online petition to Congress against all forms of amnesty for illegal immigrants.

Fear rabbi gave tots herpes
(Who commanded them to do this sick and unsanitary practice? It wasn't God, that's for sure! Related article)

DEMAND THE TRUTH!
No Arabs on 9-11 Pentagon plane

How the Coalition for Jewish Concerns is promoting anti-Semitism

Rice: No attack on Iran planned
(But read the fine print: "at this point in time." Sounds like plenty of wiggle room to us.)

Bush-Lieberman hug after speech a puzzler

Women in Combat in Iraq at Issue

The rise of pro-gun Democrat leaders
('The expected election of former Vermont Gov. Howard Dean as Chairman of the Democratic National Committee would strike a crippling blow to the gun control movement, according to lobbyists and political pundits. Furthermore, Senate Minority Leader Harry Reid, another pro-gun Democrat, is already in a key congressional leadership position. ')

¼Too ill for Sunday message 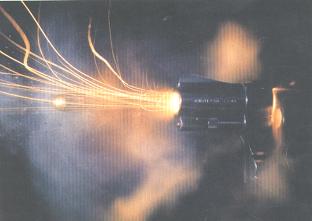 Gun control backdoored as a breakthrough in forensic science? Ballyhooed as a crime-fighting aid for law enforcement, ballistic fingerprinting is increasingly shown as flawed. Author John Lott writes: "The recording of a child's fingerprints or DNA still allows for identification much later in life; the same is not true of the bullet markings. A ballistic fingerprint is less like a human fingerprint than it is like the tread on a car tire."

Ballistic fingerprinting was all the rage just a couple of years ago. Maryland and New York were leading the way where a computer database would record the markings made on the bullets from all new guns. The days of criminals using guns were numbered.

Yet, a recent report by the Maryland State Police's forensic-sciences division shows that the systems in both states have been expensive failures. New York is spending $4 million per year. Maryland has spent a total of $2.6 million, about $60 per gun sold. But in the over four years that the systems have been in effect neither has solved a single crime. To put it bluntly, the program "does not aid in the mission statement of the Department of State Police."

Scott Ritter: Iraq invasion was a crime of gigantic proportions

Stormin' Marxist is toast of the neo-cons

What's the meaning of 'freedom'?
('Don't ask a politician.')

WMD official cautions US over Iran

Legion of Christ head quits as abuse probe to open

Showdown over guns at work

Washington warns Iran that its patience will not last forever
(Proof positive that an attack on Iran is in the works. Sound familiar? This is exactly the same sort of invent-a-threat-where-none-exists rhetoric that President Bush used two years ago to justify the invasion of Iraq--see the fifth paragraph of the linked article.)

Capabilities of the world's nuclear powers

The dormant Second Amendment?
("Opposition to privately owned arms is one of the hallmarks of modern American liberalism, but the standard arguments against gun ownership are in serious disarray.")

Fingerprinting of firearms just does not work

Study raises alarm about 1st Amendment, but what about 2nd?

The Bush Administration: Globalist Jacobins
("Condoleezza Rice's February 8 speech in Paris reiterated the Bush administration's support for the UN and its affiliates, while laying out a radical vision of a global 'democratic revolution.'")

Survey: Only 4 in 10 Americans know how many U.S. troops killed in Iraq

Pre-9-11 memo to Rice warned of Al Qaeda
(On Thursday the private website 'National Security Archive' published the text of a three-page memo given to National Security Advisor Condoleezza Rice by Richard A Clarke on January 25, 2001. Attached to the memo was a 13-page proposal [dated December, 2000] that laid out a plan of action for stepping up the fight against Al Qaeda.")

DISCLAIMER: Needless to say, we at Real News 24/7 do not necessary agree with every thought or the implication of every article we link to, nor with every stand or position taken by the person or organization responsible for an article we recommend. Nor do those who wrote such articles necessarily agree with everything we say.  Real News 24/7 assumes no responsibility for the opinions expressed in any work taken from external links.  In each section we have listed the best articles we could find at this time on a given subject with regard to documentation and analysis of the subject under discussion, regardless of minor or major flaws in the article. We soon hope to have an analysis of the strengths and weaknesses of each article recommended, which will appear right under the link to the article itself. The information in our "Latest News and Analysis" feature is meant to bring to your attention information or views generally not easily found on the Big TV networks and other controlled media sources.